3 tips for a great recall with your dog!

A recall is hands down one of the most important behaviours you’ll teach your dog. It’s worth investing some time and energy into teaching a recall that you can count on when you need it. It’s not just for good manners, it’s for safety too!

Here are 3 of my top dog training tips to help build a strong recall with your dog. 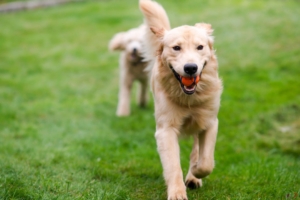 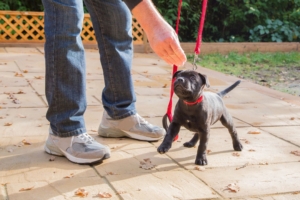 Having a consistent recall cue will help your dog know what behaviour you are asking for when you call them. Remember, dogs don’t speak languages the same way we do as humans. Dogs are pairing sounds with behaviours so let’s help them out a bit by being consistent.

If you’ve used a recall word like come, and your dog has heard it over and over without responding I highly recommend starting fresh with a new recall cue.

You’ll want to say your dog’s name, and then the recall cue and then follow up with a novel noise. For my own dog, I use “Cache! HERE! bup-bup-bup” I like that it’s snappy and pops when I say it so it gets his attention.

Another option would be to use a whistle! We carry treats, poo bags and a leash so having a whistle on hand shouldn’t be that hard. The sound is consistent and carries well with distance making it a great option to teach a bombproof recall.

Have you ever seen someone at the dog park trying to catch their dog? Or worse yet, have you been that person? There is no worse feeling than not being able to get your dog when it’s time to go and they are playing keep away. Rallying up other people to try and help adds to the chaos and generally makes playing keep away even more fun for the dog. It’s also a hard habit to break once it’s formed.

Want to know what causes this behaviour? It’s usually the result of the dog forming a negative association with their recall and it doesn’t take long to happen. Look at this from the dog’s point of view. They are playing with their friends having a great time. Then they hear their recall cue, so they go running over to their person. They might get a treat or two, but then they are put on a leash, packed up in the car and headed home. Well, that sucked. You might get away with this once or twice but generally, that’s all it takes for a dog to make the association that their recall cue means the fun’s over. So, naturally, they stop responding, and when their human is desperately trying to round them up playing keep away is so much more fun.

To avoid all of this, the solution is simple. Recall your dog often, have a party (ie lots of yummy treats) and then send them right back to what they were doing. Do this often and in lots of different contexts to ensure your dog knows coming when called doesn’t mean the fun’s over.

Tip 3: Have a party every time!

I reward my dog’s recall every single time I use it. If I’m calling my dog away from an opportunity to say hello to someone, or see another dog or chase a squirrel, I want to ensure I reward that behaviour with a generous amount of high-value food and lots of praise. Chasing a squirrel is pretty high up on my dog’s list of fun things to do and I just called him away from that fun. He happily comes because he also finds chicken, cheese and roast beef pretty reinforcing. If my recall only predicted a pat on the head paired with a “good boy” you can bet Cache would still be chasing that squirrel. Remember- reinforcement drives behaviour.

Make sure to keep some high-value treats (your dog will let you know what’s high value to them) and reward generously when you use your recall cue. Every single time.

Try these 3 dog training tips for a great recall with your dog and let me know how it goes!

If you want to learn more about perfecting your dogs recall, join my 2 week recall workshop! Watching this 20-minute presentation will ensure you are taking the right steps to help your dog be stress-free at home alone, and allow you to get on with your life!